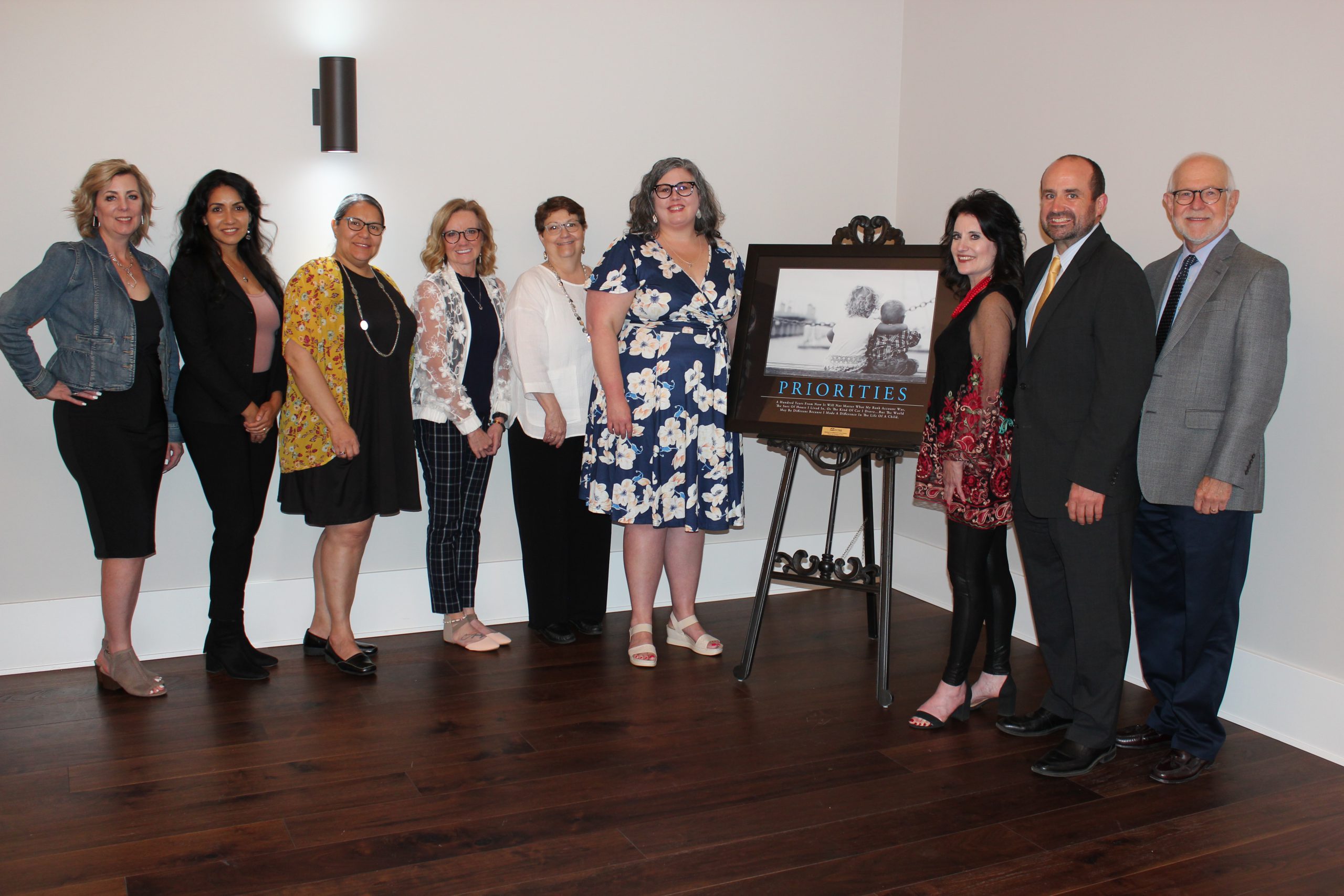 Russell Child Development Center of Garden City was honored with the 2021 Janet Sevier Gilbreath Special Project Recognition Award at a May 3 celebration in Hutchinson.  The annual award, named in honor of the United Methodist Health Ministry Fund’s first chairperson, is given to one funded project each year best exemplifying the Fund’s vision of Christian health ministry and demonstrating scale, results, operational excellence, and social justice.

RCDC is known for setting high standards and working to further the project and overall initiative. They have supported multiple home visitors in achieving their certification. In 2020, two ABC home visitor staff members were trained to provide ABC-Infant (for children 6 to 24 months) and also furthered their certification to include the ABC-Toddler model (for children 2 to 4 years old). During 2021, another Spanish-speaking staff member began the ABC infant training, demonstrating RCDC’s continued commitment to serve more within their community.

When the COVID-19 outbreak reached our communities, RCDC was the first to rethink their strategy to serve families. RCDC became the first ABC site in the country to hold an ABC session via an online platform. The staff purchased earbuds and inexpensive tripods for families’ phones to make virtual visits easier and to allow the caregiver and child to be hands-free during the visit. At the time of enrollment, the RCDC staff mailed caregivers boxes of supplies that included a parent binder, copies of signed documents, and materials so the family had everything they needed for each session.

During the celebration, Rainbows United of Wichita, Inc., was recognized as the 2020 recipient of the Janet Sevier Gilbreath Special Project Recognition Award. Deanna Berry

Kauf von Bactrim online
, former executive director of RCDC, was honored as the 2020 Kim Moore Visionary Leadership Award winner. Back to All News